Thanks to Plum Organics for sponsoring my post about tips for baby feeding magic. What if you let baby choose what’s for dinner? Check out their cute “Quest for Yum!” video and see what happens! 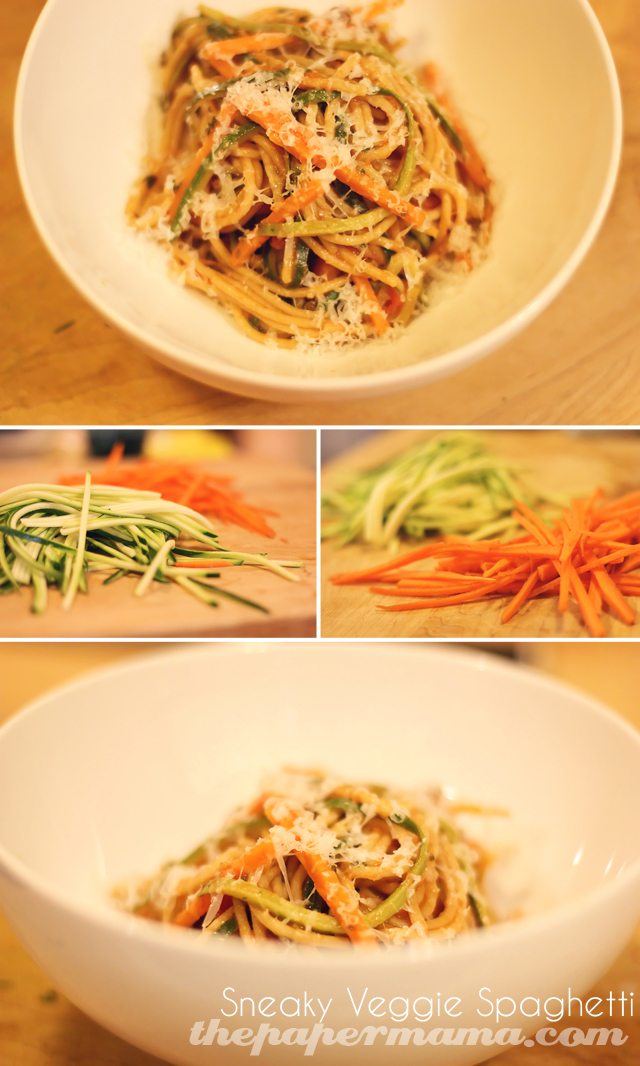 Recently Ruari has decided she’s too cool for veggies. Not even kidding. She sees something green in her food she’ll either: pick every green thing out of the dish…. or she’ll just skip eating all together. There’s many ways we’ve been sneaking in veggies into her diet (including those Plum Organics pouches). We’ve made smoothies, blend veggies into food until they’re invisible, and trying to blend carrots with applesauce. But the best way we’ve found to trick her into eating those veggies: sneaking them into spaghetti. We cut carrots and zucchini into strips, and finely chop spinach and mix it into the sauce. And: Ruari just loves it. So much.
It’s very simple. We usually make a large batch and then freeze/refrigerate the extra for later. It’s nice having the extra (especially since I’m not a fan of cooking). Here’s the recipe:
Sneaky Veggies Spaghetti Recipe
by, The Paper Papa
ingredients:
– 2 cups favorite spaghetti sauce (we used organic Trader Joe’s jar sauce)
– 1/2 bag of whole wheat spaghetti
– 1 carrot
– 1 zucchini
– 1 cup of baby spinach (finely chopped)
– 2 cloves of garlic
– 1 tsp. olive oil
– Parmesan cheese
Directions:
Boil water for the pasta. Use mandolin to cut carrot and zucchini into thin spaghetti like strips. When pasta is al dente, throw in carrots and zucchini into boiling water with the pasta. Let boil for 2-3 minutes. Drain pasta mixture.
In the same pot saute garlic, spinach, and oil over medium high heat for about a minute. Add the pasta sauce and a half cup of water, then bring to simmer. Add the pasta mixture into the sauce and stir to combine. Put lid on the pot, turn off the heat and let sit for 10 minutes. It’s ready! Sprinkle some Parmesan over the top if you’d like. 🙂
Basically: Ruari LOVED it. She always loves it. She ate it all… then, asked for more! 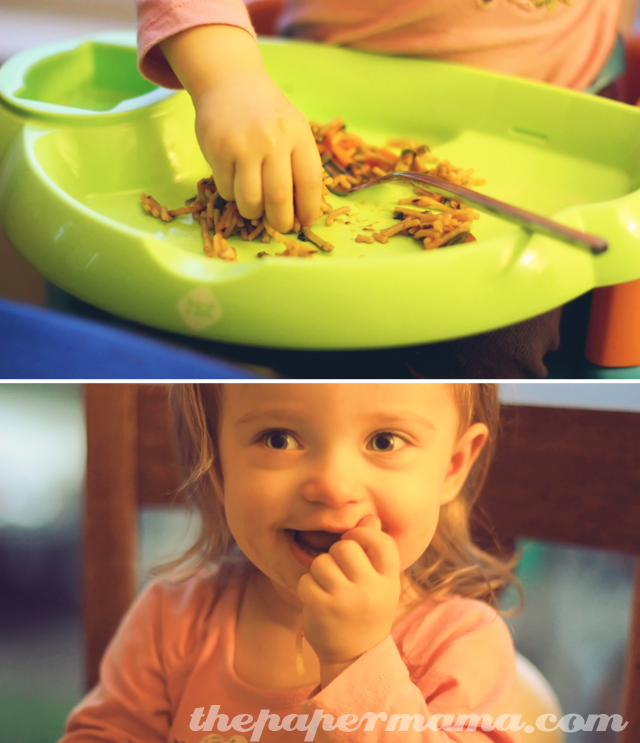 I was selected for this sponsorship by the Clever Girls Collective. To learn more about Plum Organics, visit their Facebook page http://www.facebook.com/PlumOrganics.
Leave a Comment

Categories: food, Recipes for the Kids