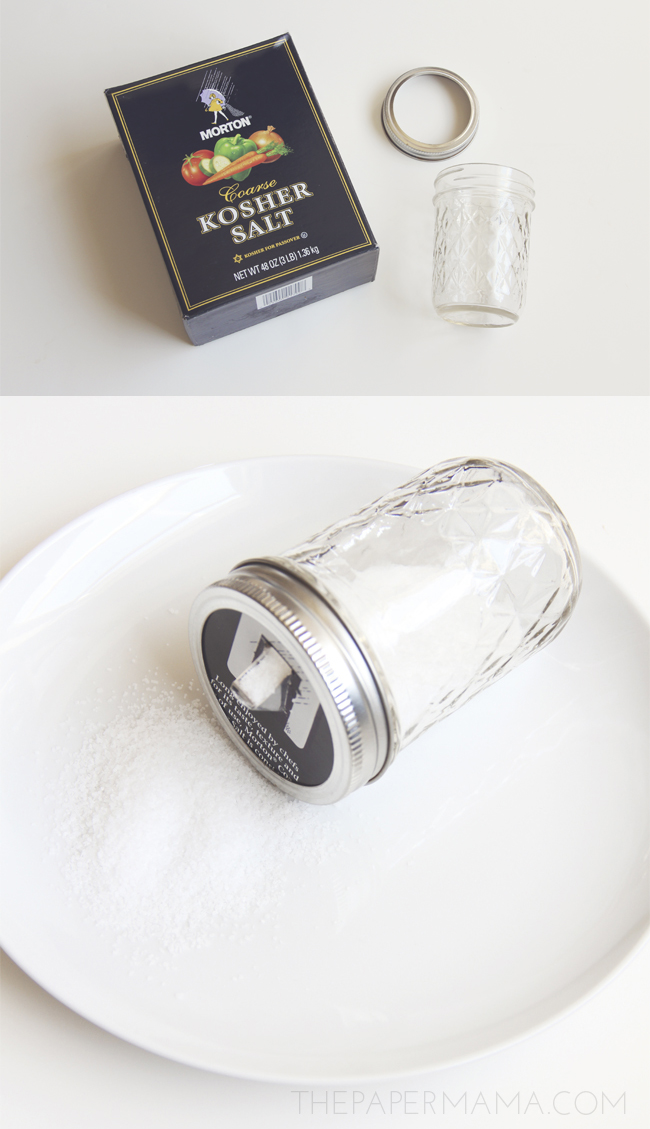 The husband and I have a few kitchen organizing plans for the VERY near future and it’s going to make a few of our everyday cupboard items a little more visible, so I want to make them pretty. That’s why I made my glass salt dispenser jar. I saw an idea similar to this FORever ago on Pinterest. I finally tried it out and I love it. I think I will have to make another for our sugar and maybe polenta (using the salt dispenser spouts). The sugar dispenser would be awesome… I always make a mess with that. 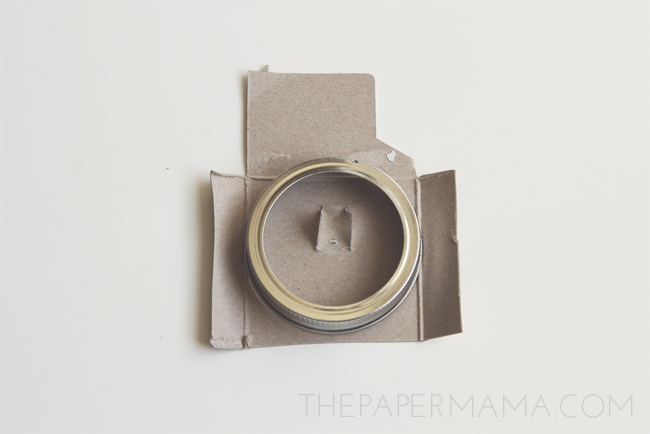 – Empty the salt container contents into your jar. Cut out the cardboard around the metal spout from the box. Place the jar ring on the spout cardboard and trace with your pen. 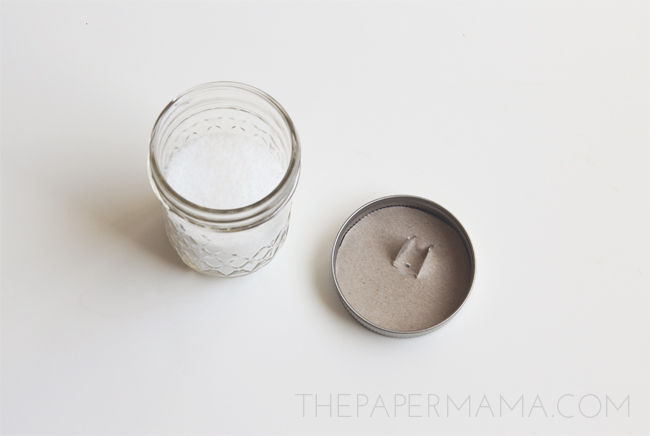 – Cut out the line you traced. Push the cardboard and spout into the jar ring. 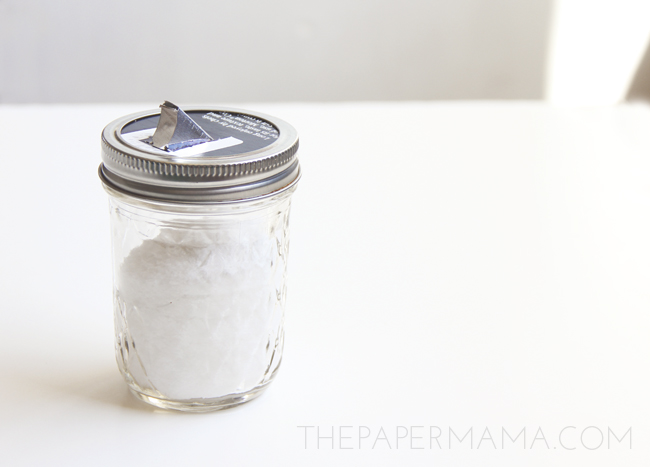 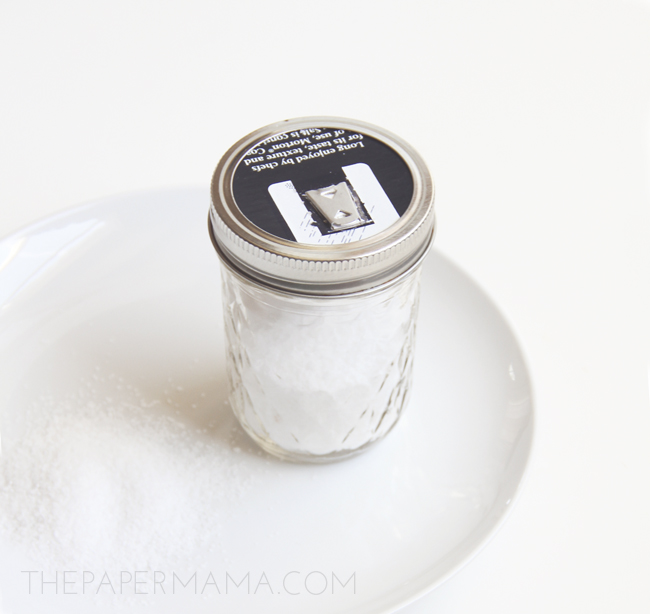 Put the lid on the jar and you’re done! Now you have a cute little salt dispenser. Much cuter than the box. If you want, you can always paint the word “salt” onto the jar.

← “Love this: Dry Erase & Chalkboard Frame!”
“Are you in Portland? Join us for the Cricut Explore DIY Workshop!” →