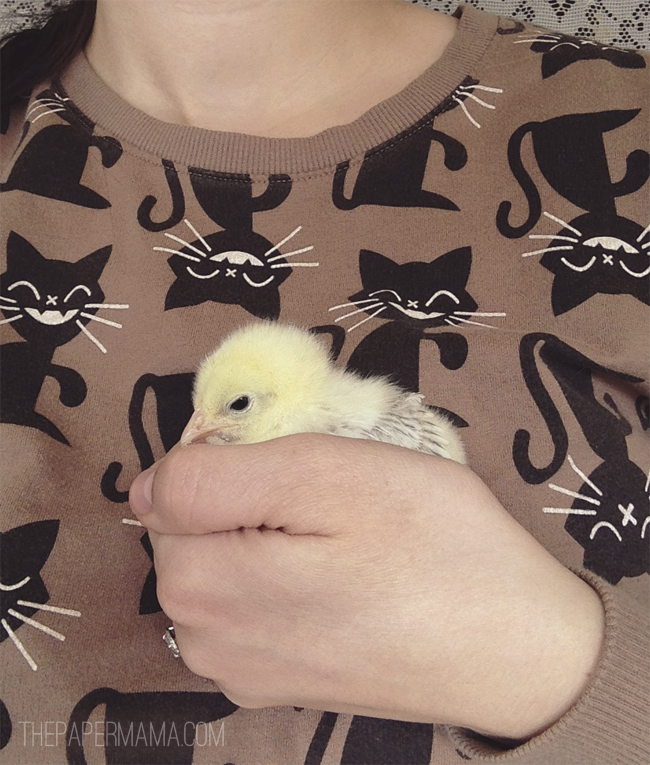 If you’ve been reading my blog for a while…. I’ve had this chicken dream for a while. It took a lot of convincing my hubby. I planted the idea TWO years ago. Yeah. TWO. It was an immediate no. Cause… well. Chickens in the city? That was not his idea of a good time. BUT, with time…. he grew to like the idea… then decided he did want chickens. First things first… we needed a fence. Last summer we saved up and the hubs built a little picket fence. It still needs to be painted and we need to put some chicken wire at the base, but it’s just about there!

Let me introduce you to the girls (Pleease let them all be girls… I guess there’s a 10%ish chance the didn’t get the sex right, and we have a rooster… which is a no no in the city). Any who…. Here they are: 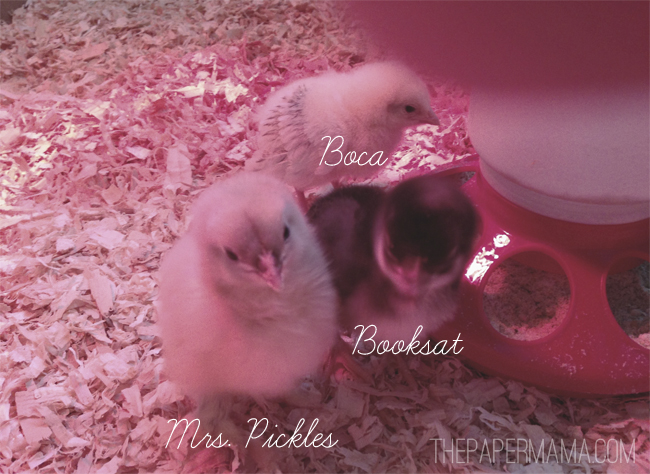 My husband named her, and I kinda like it. Mrs. Pickles is loud. She doesn’t seem like she’s distressed, but she’ll randomly screech out real loud and let us all know she’s awake.

She’s a Blue Cochin. To give you an idea of what she’ll look like… here’s a little photo of an adult below. 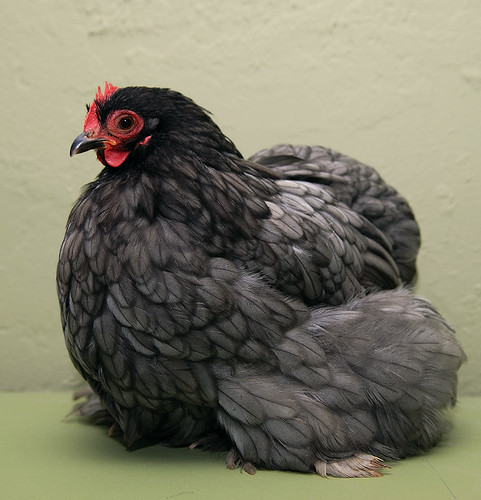 Uhhh. Yeah. I’m not sure about the name either. Buuuut, that’s what my kiddo named her. I kept asking her over and over what the name was and she never forgot it, “Booksat.” So, Booksat it is. I imagine we’ll probably start calling her “Booksy” or something. All our pets have crazy nicknames. Hee.

Booksat is a Plymoth Rock and is a jumpy girl. A little nervous and not so sure about the giant hand that comes down to pick her up (she’s also super fast for a little one). 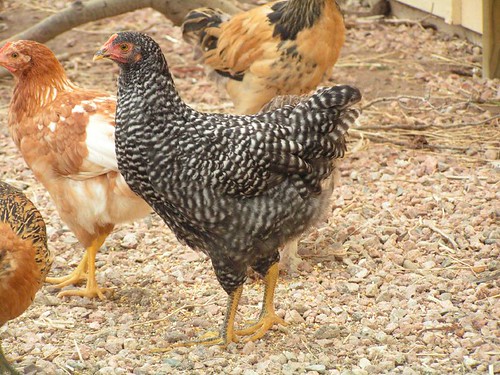 This is Boca. She is named Boca because she is naughty (Boca means “mouth” in spanish). We had to separate her on the 2nd day because she will NOT stop pulling on the other chick’s toes. Non stop. She just grabs toes and yanks them off their feet. She’s even drawn blood. I’ve tried a couple of recommended things (Blu Kote and Pick No More), she wont stop. Hopefully she just grows out of it.

Anywho…. She’s a Delaware and will look like this someday…. 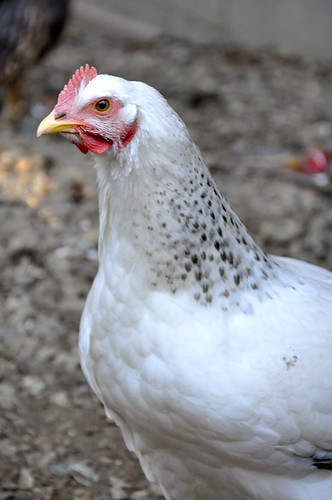 All my chicks and supplies were purchased at the Urban Farm Store in Portland. The owners of this store also wrote the book, A Chicken in Every Yard. WHICH I read and took a ton of notes. If you’re interested in getting your own little flock, I recommend this book. I think it would be helpful for the beginners (like me).