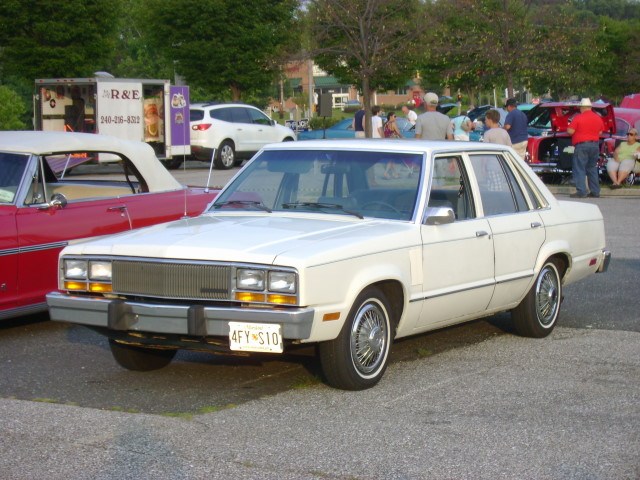 My old yellow Zephyr. What is that you ask? Well, it’s the finest automobile ever known to man ::insert sarcastic eyes here:: Yes, the fantastic 1981 Ford Mercury Zephyr (aka: Old Yeller, The Big Fish, Stupid Car That Won’t die).

This was my 3rd car I called my own. It was purchased and given to me by my Stepdad when I was 17. I can only assume the previous owner sold it for $2 or, they paid us to take it. Let’s just say I was not happy when my stepdad drove up in that thing…. the “new” car for this 17-year-old. But, I couldn’t complain. I didn’t have the cash to buy a car (my first car went to my sister, and my second had been totaled when someone read-ended me).

This car had beautiful bench seats covered in faux lambskin, it was solid as a damn rock, and it got me places. Most of the time. This freakin car could not be stopped. It just wouldn’t! Every time it broke down and died while I was driving it (my favorite time being the center of a busy intersection during rush hour) I’d hope that it couldn’t be fixed… But, it kept going.

One morning, on my way to work, I hit a deer! The only damage to my car: a teeny tiny knick on the heavy duty bumper (p.s. I’m afraid the deer did not make it).

So, all that ranting brings me down to the final days of the Zephyr. I was-22-years old (yes, that car managed to hang on for way too many years… Cramping my style) and living in Seattle. The day was beautiful, so I made sure to, manually, roll down the windows before I headed out to my destination. I was cruising along and I noticed a girl was waving at me. I smiled and waved back. She seemed nice. But then, I realized she was also yelling something… I turned down my radio and hollered, “What?” Then the girl said, “You’re freakin car is on fire!!!” I responded with a wtf? Omg. F#@$%^.! Pulled the freak over into the first driveway I saw (which just happened to be a Land Rover dealership. Ha).

Turning off my car, grabbing my phone, and running the bat heck outta there… I saw my Zephyr: dropping actual fireballs. Oh my. Over and over. These tennis ball sized fire balls were dropping onto the parking lot. I called 911 and told the lady I could not be put on hold (sorry, my car’s on fire) and requested the fire department.

When I was done with my call, a man came strolling by. He gave my car one look, and ran away. Yup. I thought he had abandoned me. Tuuuurns out he was just being awesome, and he came running back with a fire extinguisher. Put the fire out. Yeah!

When the fire truck rolled around, the fire was out. Nothing they could do, except tell me to keep a fire extinguisher in my car (for safety)… and, that I made a mistake when I took time to grab my phone (should have figured that out on my own, never run back to your flaming car for annnything). Fact: do not mess around with a car that’s on fire. Get all the humans out, get far far away, and find a phone to call 911.

As terrible as this car was, it got me from point A to point B (sometimes). Oh, sweet old Zephyr. RIP.

Disclosure: I was selected for participation in the TWIN community through a program with Clever Girls Collective. I did not receive any compensation for writing this post, or payment in exchange for participating. The opinions expressed herein are mine, and do not reflect the views of the Toyota.

Tags: about me, clever girls