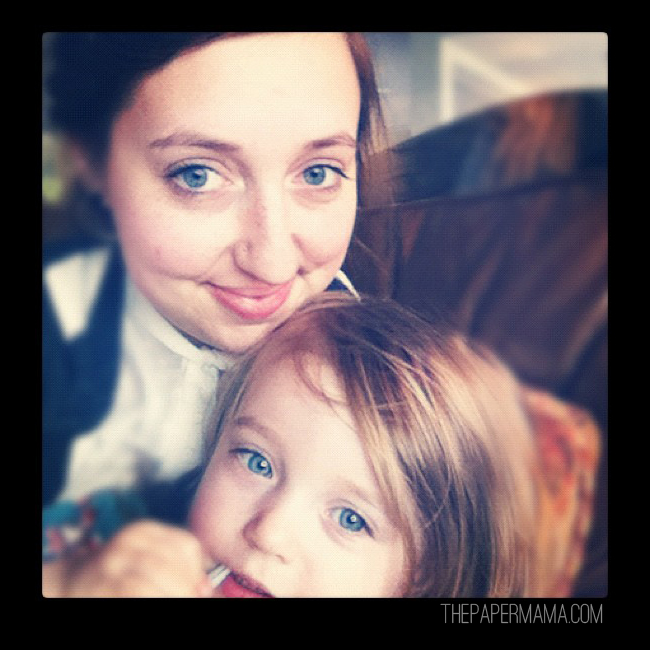 I have a 2-year-old. No longer the cooing baby that only requires food, hugs, kisses, and many diaper changes. No. I have a 2-year-old. And, I’m sad to announce: she has recently discovered her age! I don’t mean she knows she’s 2…. I mean…. Oh my crap. She has discovered the power of the terrible twos! No, they’re not a myth or an old wive’s tale. It’s 100% real. And, it is terrifying!

Well, not really terrifying…. Just beyond frustrating. Miss R has been throwing tantrums and meltdowns in public for quite some time now…. But, she has found a new power deep down inside her. The power to scream and kick and shake and yell, “I don’t have to!!!!!!!!” oh.my.goodness. It’s like I’ve raised a demon. Well, it’s not always like that…. But, this past week and a half has been somethin.

It started on Easter. Spread through to Monday…. And, continues to grow. We went to dance class the following Wednesday and I asked another mama on a date. A playdate. She has the sweetest almost 3-year-old. And, she’s a nice lady herself. I gave this mama my business card and said, “Just shoot me an email. That would be fun! Ruari needs to be around more kids her age.” seconds later….. Ruari screamed at her daughter (demon scream with the added shaking from rage) to get away from her stroller and to not touch her. ::omygah::

The anger shakes. What’s with that? She tightens her fists… shakes…. and screams. I know she’s learning to express herself… but, goodness. My poor hubs said, “I had no idea… you can stay calm and talk softly, never yell at your kid, and do your best to raise them to be nice and polite…. and, they still manage to be ‘that kid’ at the store.” You know, ‘that kid’. The kid I would side-eye before I was a mom. The ‘Can’t you control your child?’ kid. After I had Ruari I never thought ill of any poor mama with a tantruming (new word) kid. I understood. But, now I’m that poor mama. I knew we’d probably get to that point some day… and, I was learning that being a mama is tough. REWARDING, but tough.

If you follow my twitter or instagram you may have noticed a couple of my “oh.mah.goodness.” tweets this last week. It’s been tough. For now I’m just going to tell myself that she’s just going to have an amazing strong personality…. and, I will continue to raise her with kindness and love (all while screaming profanities in my brain-parts).

Me on Easter… taking a walk in the middle of an empty road drinking some wine… after the most amazing melt down ever.

AND, the next day… we cut our shopping day short because of meltdowns…. 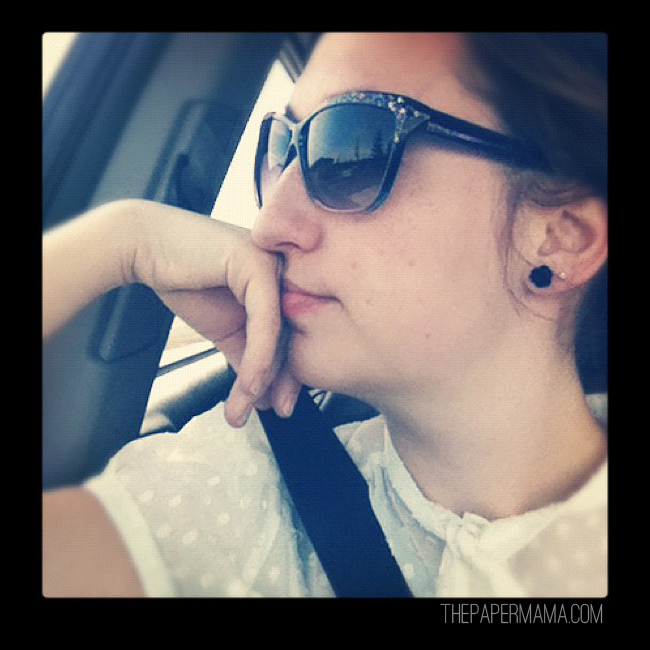 Linking up with Extraordinary Ordinary for Just Write.