Day 15: Hey Paper Mama readers! I’m Ashley from The Peanut Gallery and I’m so excited to be apart of the 50 days of DIY christmas! Who doesn’t love a good DIY? Today I thought I would take the classic 12 days of Christmas and put a little twist on it. So instead of a partridge in a pear tree ‘m doing a partridge and some pear cider. Here it goes!
A Partridge and some Pear Cider 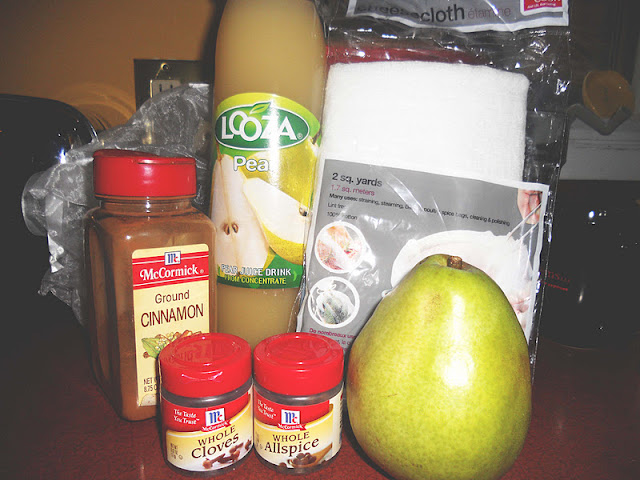 What you will need for the cider:
Here is the original recipe if you are interested. I couldn’t find pear nectar to save my life so I vetoed it all together and I think it came out fine. I also did a few other things differently and I’ll take you through the process… 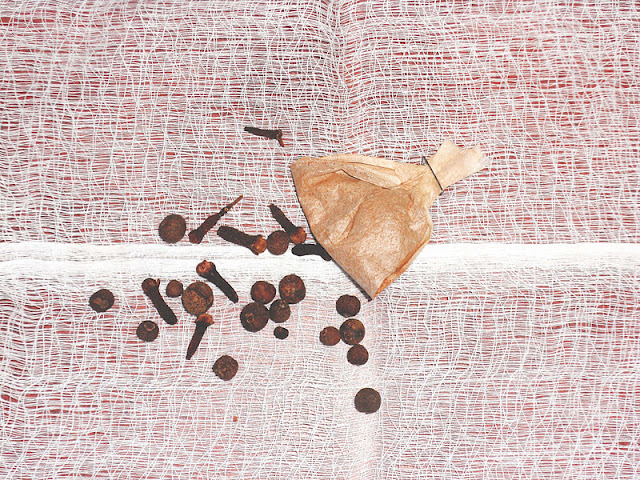 Place the cloves, allspice and cinnamon on the cheese cloth
**I could have sworn that we had whole cinnamon sticks at the house so I didn’t buy them. Turns out we didn’t so what I did was I took a bag of tea and cut it open. Poured the tea out and filled it with some ground cinnamon and stapled the bag back together. 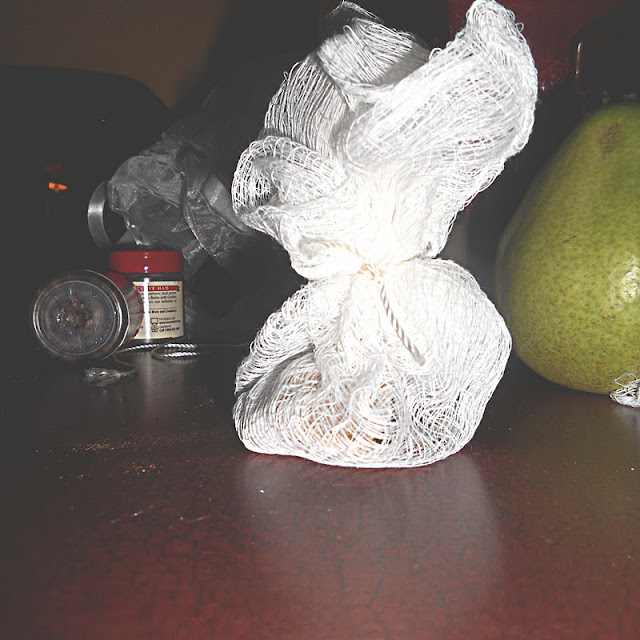 Gather the cheese cloth and tie it together with some string 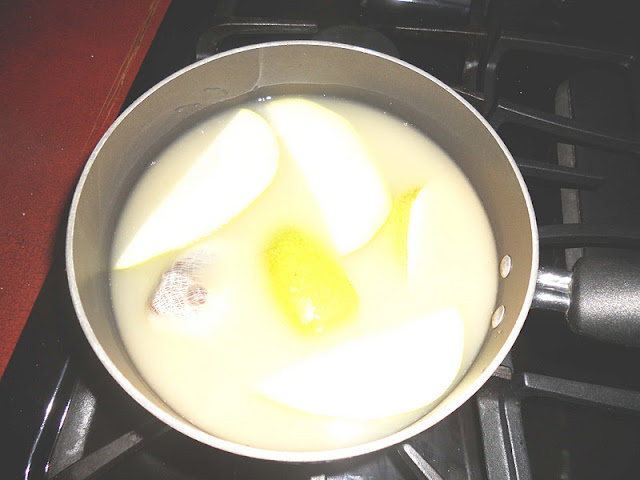 Pour the pear juice into a pot and add the spices. I also cut up some pear slices and added them to the mix. 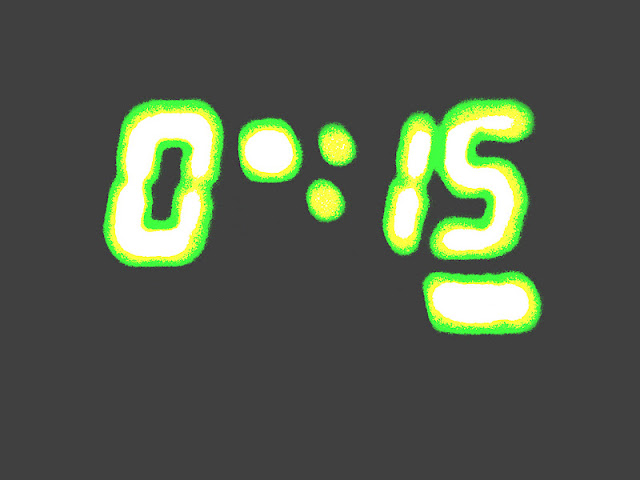 Cook on medium heat for 15 min. 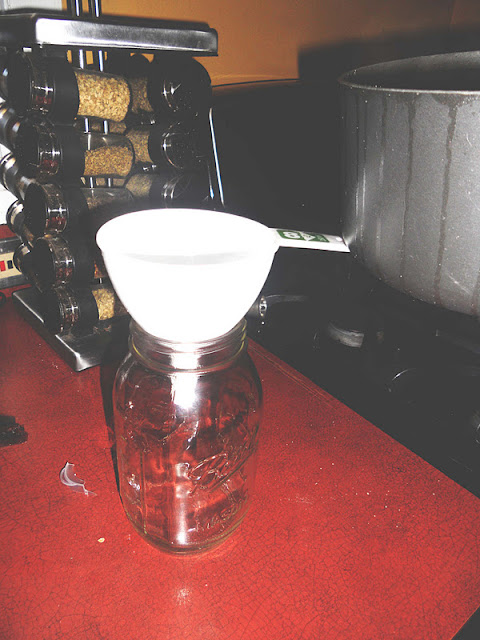 Use a funnel and pour your cider into a mason jar 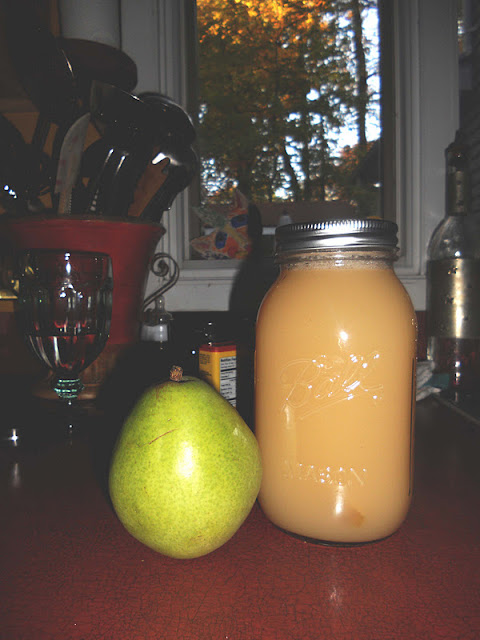 And now your cider is ready.
Some notes on the cider:
* You can recommend that it be served chilled or reheated on the stove
* There are a TON of cider recipes out there I just found this one to be the fastest so feel free to explore your options, but I think this one turned out really well and by using the pear juice it was like taking a short cut.
* Feel like getting frisky? There are tons of options for making hard cider out there too
* This recipe only makes about one large mason jar full so you will want to brew accordingly depending on how many gifts you want to give. 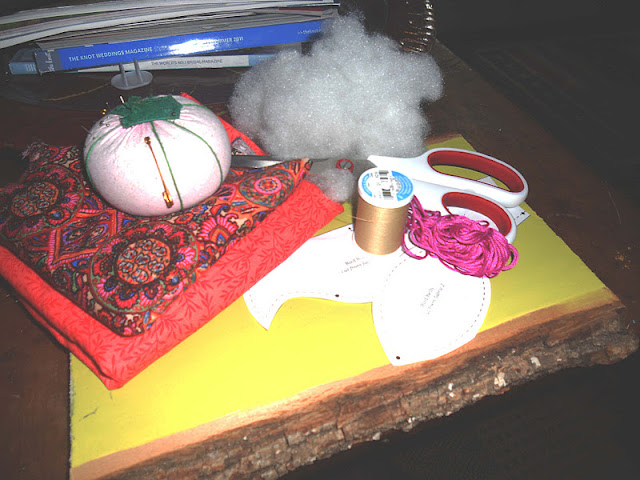 What you will need for the partridge:
– 2 contrasting fabrics
– This bird pattern
– sicssors
– thread
– stuffing
– yarn
To make the bird just print the pattern and follow the instructions. It’s seriously SUPER easy so don’t get intimidated. Id say it’s pretty beginer level. 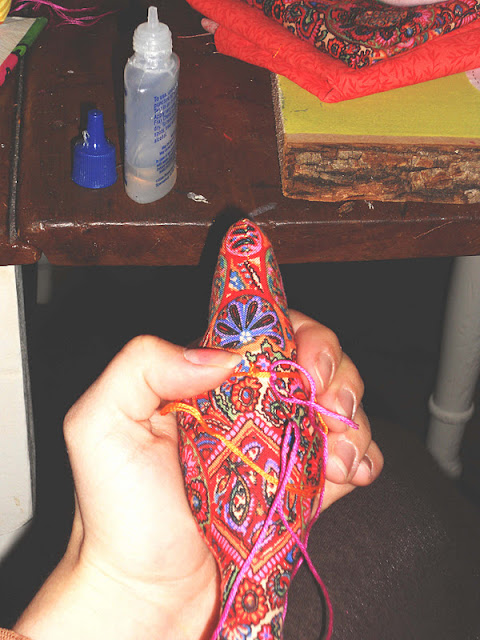 Next we want to add a loop to make it into an ornament. I chose two yarn colors and hand stitched a loop onto the top of the bird. 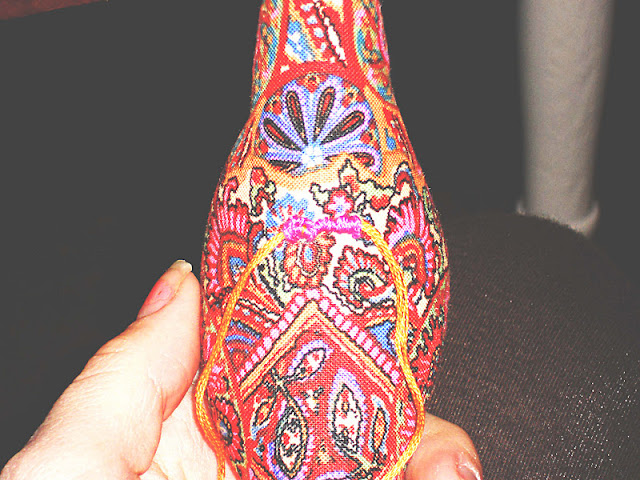 I really like the way the hand stitched yarn looks but you could always sew the loop into the bird while you are sewing it together if you want a more finished look. 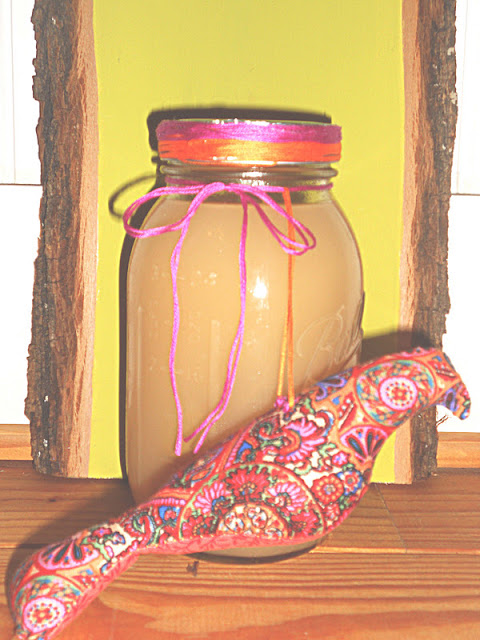 I tied the ornament on with some yarn 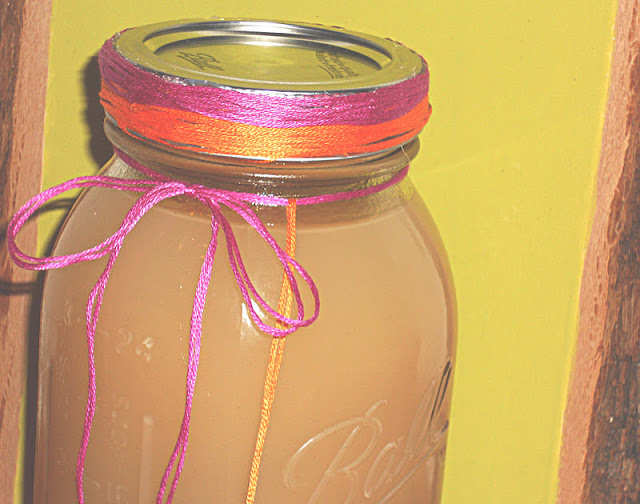 To add an extra decorative touch I wrapped yarn around the mason jar and attached it with hot glue.
You could also try doing this super cute decorative touch
Some notes on the partridge:
* dont be afraid to get crafty if you have the time. Add some eyes or feathers to your ornament.
* Stitch your initials if you want to personalize it
*Add a hand written note wishing a merry Christmas
So there you have it a fun and different DIY Christmas gift you can pass out to neighbors and friends! Happy crafting!
………………………………………………..
Thank you SO much to Ashley from The Peanut Gallery! What a LOVELY guest post. The perfect holiday drink! Thank you for joining my 50 DIY Days of Christmas! 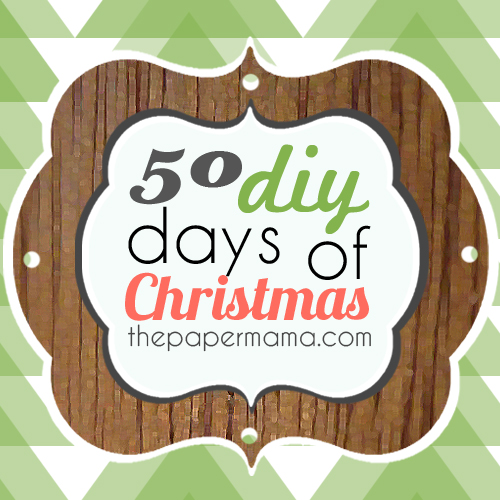