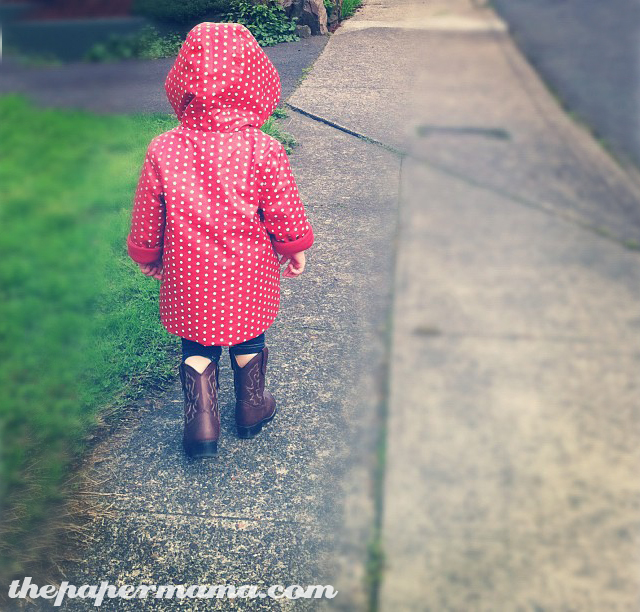 I completely forgot that I had this list! It’s a list of milestones from the first few months of Ruari’s life. I had the plan to transfer all of these items to her baby book… hmmm, weird how that didn’t happen! 😉
They’ll make it into a baby book eventually… 😀 BUT, for now… I’ll share them here.
2009…
December 18th: Ruari’s birthday.
2010….
– January 20th: Lots of cooing.
– February 19th: Ruari figured out how to get her hand in her mouth.
– February: First giggle while we watched the Office.
– March: Rubs her hands on her eyes when sleepy.
– April 1st: Real big laugh after a bath when mama and baby rubbed noses.
– April 25th: Rolled over from belly to back.
– April: Repeated the word, “Okay” twice.
– May 10th: Grabbed left foot on her own.
– May 18th: Grabbed right foot on her own!
– May 22nd: Managed to get her feet in her mouth… and LOVED it.
– June: Says, “Bababababbabababab” non stop.
– July 19th: Rolled over from belly to back for the 2nd time and scared herself.
– August 7th: Rolled over from back to belly. AND: started to cry. 🙂
– August: FIRST WORD: “Anduh” or Angus. Our chihuahua’s name.
– August: Said, “Da da.”
– September: Started to crawl.
– September: Pulled herself up on furniture.
– September: Says, “Mama.”
2011…
– January: 13 months old and you walk.
It’s so fun to have this list! This blog ‘o mine has definitely turned into a sort of baby book for my girl. So, I’m happy to have added these little bits. <3