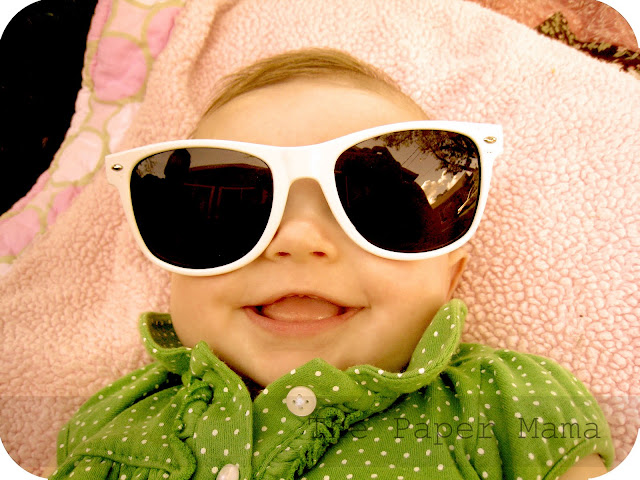 So, little Miss Laureli was born with a mark on her left cheek. At first the doctors just assumed it was baby acne and said that it would go away. A few weeks later, it didn’t change a bit and she still had the little mark. 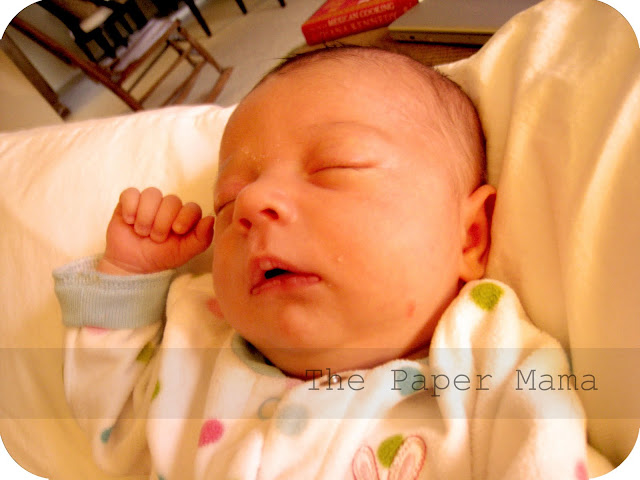 {Ruari at 3 weeks old}
She’s about to turn 7 months old (on the 18th) and she still has the mark. The pediatrician finally suggested we take her to the dermatologist to really figure out what it is because no one else knew. Turns out it’s a grouping of sebaceous glands (sebaceous glands: are microscopic glands in the skin which secrete an oily/waxy matter, called sebum, to lubricate the skin and hair of mammals.). I guess while she was forming in the womb her body just produced a few more glands than she needed… which pushed them up on to the surface of her skin. 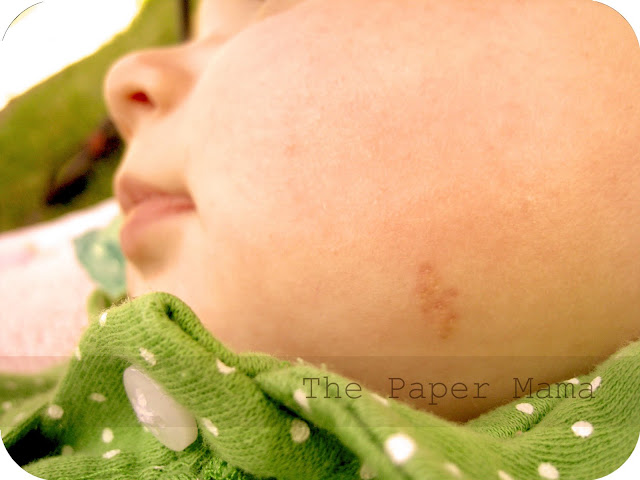 As she grows the glands will grow with her. Getting larger as she grows older. I didn’t really notice it until I compared these photos: It has grown. The doctor said there is a 1% chance that it could turn cancerous as she gets older. Which brings us to… do we get it removed? Of course, this wouldn’t happen till after she’s 2 or 3… but, do we let her get old enough to decide? Or, do we just say: screw it! She’d want it removed. We decide!

The rundown:
It will get larger. There’s a very tiny chance it could turn cancerous. AND, let’s be honest: kid’s can be mean. I don’t want her to be teased about it. BUT, maybe she’d eventually feel that it is a part of her and she wouldn’t want it removed. Hmmmm… Oh, and yes I’d love to read your opinions. 🙂

A little reminder…
This weeks photos challenge: Make me laugh!