Last Sunday my Sister, Ruari, and I headed over to Crafty Wonderland. Crafty Wonderland is Portland’s indie/craft market! I sold some of my crowns at this show back when I was first pregnant. There are some amazing artists there! 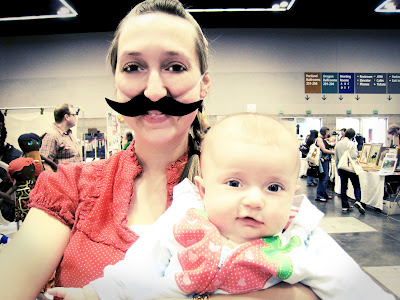 {Mr. Chelsey and Ms. Ruari}
Ruari and I played with the moustaches at Turtle Monkey Bug. So fun! 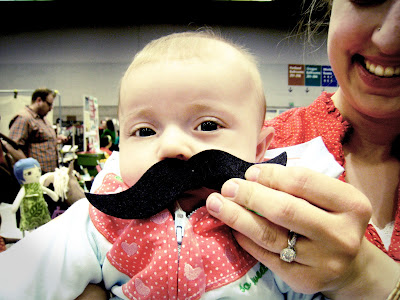 The show was not as exciting for Ruari as it was for me. 🙂 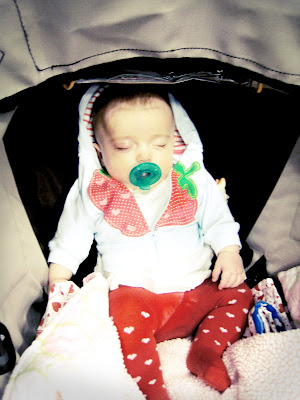 {Ruari taking a little power nap in the BOB}
There were MANY sellers that I just loved! It would take me hours to list all of them… So, I’ll just list a couple of my faves:
Turtle Monkey Bug: Cute Dolls, Moustaches, and more!

Bella Sisters: Awesome repurposed jackets! I’ve been wanting one of these for a couple years now! Rachel Austin: Painting and other lovelies! And, yes… I met Mark Montano! I was a total nerd and asked if I could get a photo with him. He was so nice to me and said sure… even though I’m sure he thought I was crazy! 😉 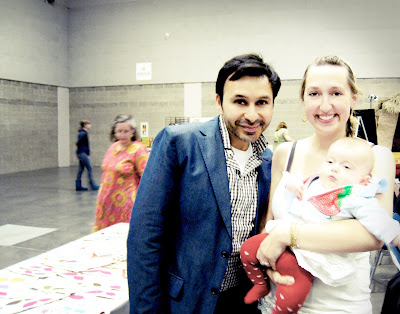